So after playing around with my stock Rostock Max V3 printer, and getting some decent prints, I decided that I needed to take a fully functional printer and modify it for no reason.

Well, there actually were a few reasons. I was having a huge problem with stringing in my prints. I also wasn’t a huge fan of Octoprint, and the leveling system used in the stock firmware. So, I decided to make some upgrades.

I used Michael Hackeny’s (this guy is a god with delta printers) guide on converting a Rostock Max V3 controller to a Duet Wifi, as well as his FSR guide to install these items. Here are some photos.

And the final printer, in all its glory! 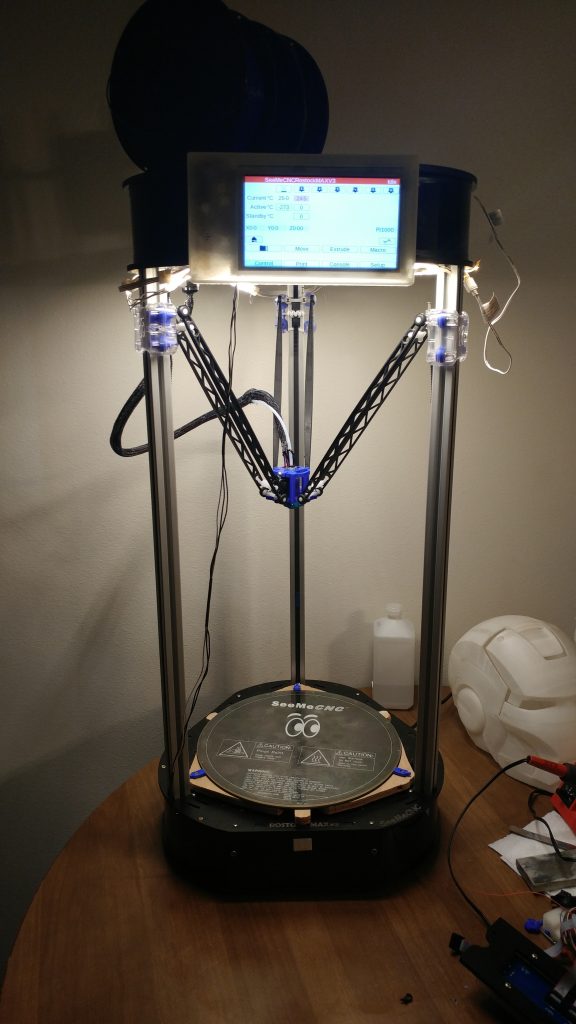 The printer worked great with these components, and after a bit of tweaking I was getting really good prints. Check out my Chevy LS3 page to see some examples.